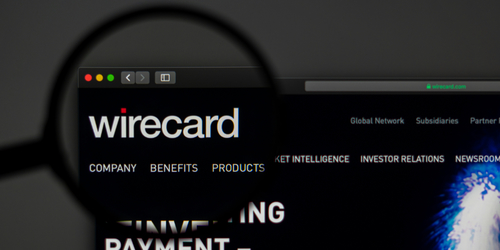 The freezing of Wirecard’s UK activities has locked thousands out of their own bank accounts, possibly affecting you or your employees.

The German fintech giant has been in crisis for nearly two weeks. It started when they admitted that €1.9 billion, £1.7 billion, was missing from their balance sheet. A search by auditors Ernst and Young (EY) eventually revealed the money probably didn’t exist.

Wirecard’s CEO, Markus Braun, resigned and was arrested shortly afterwards. EY said the company attempted to conceal “intricate” fraud over the past three years leading to an 85% fall in Wirecard’s shares in the space of a week.

The growing pile of bad news forced Wirecard’s German parent company into insolvency, in turn having an effect on their numerous fintech customers.

Online banking facilities such as Pockit, U Account, Card One, Curve and Anna Money used Wirecard to manage and supply their prepaid cards and online bank accounts.

How has the Wirecard Scandal Affected UK Recruitment?

Pockit, CardOneMoney and U Account were useful services for recruiters who might employ people without high street bank accounts.

They supplied quick-to-make accounts, useful for adding anyone without a high street bank account such migrant and temporary labour workers to their books. These potential employees might be turned away without such accounts.

Their customers could use them like normal bank accounts and were given MasterCard cards by each company. They could use their cards in stores or at ATMs, transfer money or set up direct debits and standing orders, all without the need for a credit check or a fixed abode.

Certain smaller businesses used services such as Anna Money or Curve as a business account because of how fast they are to set up. They also used Wirecard as a provider.

But FCA froze Wirecard’s UK licence “in order to further protect customer money” because of the concerning fraud exposed in Germany. In turn, Pockit, CardOneMoney, U Account, Anna Money and Curve’s activities were also suspended.

The services offered by Pockit, Card One and U Account also catered to the UK’s unbanked and underbanked, the people who are rejected by traditional banks.

The timing of the FCA’s measures, employees using such cannot access their most recent wages causing problems for them and their employees.

What do You Need to do Now?

The FCA froze Wirecard UK’s banking activities as a safety measure to keep customer’s money away from creditors as the German parent company becomes insolvent.

If your employees have been affected, the FCA’s advice is to contact they their card provider for further advice and support as the account freeze continues.

Due to the high volume of traffic to their customer support channels, your employees might struggle to get a reply. The companies have admitted they do not know when the accounts will be reopened.

If you made wage payments to a Wirecard account after June 26 they will bounce back, you should discuss alternative payment with your employees. If you made the transaction before the 26th your employees will not be able to access their wages.

If your employees receive DWP payments, you should advise they have advised that they contact the DWP if they haven’t already. They have a new team in place to help Wirecard customer.

If you use a business account operated by Wirecard you will not be able to make any transactions and need to find an alternative account that isn’t affiliated with Wirecard such as Suits Me.

However, the FCA has suggested this isn’t the case.

The FCA said “Adequate safeguarding arrangements which are compliant with the regulatory requirements are a condition of Wirecard’s ongoing FCA authorisation.” Wirecard getting stripped of their authorisation suggests that there are in fact no ringfenced accounts.

If the money is pooled with the rest of Wirecard’s account they are open to the creditors. If the FCA find that the funds haven’t been kept safe you or your employees might never see their money again.