Expansion and an Award on the Horizon for 24-7 Staffing

Expansion is underway for independent Wiltshire recruiter and TEAM Member 24-7 Staffing, which is relocating two of its branch offices to bigger premises.

The Chippenham-based company is moving both its Salisbury and Bristol offices into larger premises in each of the cities, to give it the space it needs to take on more staff.

And there is more good news for 24-7 Staffing, as it has just been named a finalist in the prestigious IRP industry awards, run by the Institute of Recruitment Professionals. It is in the running for the Best Company to Work for category, for companies with between 20 and 50 staff.

“Our expansion is all going according to plan, which is why we need to move to larger premises in Bristol and Salisbury,” said Managing Director Julian Thompson. “We are actively recruiting for our own team, and our aim is to take on another 36 people to increase the head count in our existing offices, and to staff two new branches which we plan to open in 2019 and 2020.

“The icing on the cake is to be named as finalists in the IRP awards. We are delighted it is for the Best Companies to Work for award, because we put such store by looking after and nurturing the team we have here.”

The IRP Awards finals are being held on December 6. A win would make a hattrick for 24-7 Staffing, which earlier this year won the Wiltshire Business Services to the Community Award and the Chippenham Business Customer Services award.

Julian said 24-7 Staffing’s policy for recruiting its own staff centred around taking on high calibre people, not necessarily from the recruitment industry, and investing in their training.

He said: “We invested heavily in an internal recruitment and training package which gives all our new team members really in-depth training in all aspect of the recruitment industry, as well as our internal systems and processes.”

This year alone, 24-7 Staffing has seen 25 per cent financial growth, taken on an average of two new clients a week and has strengthened all four divisions, particularly healthcare. This is now the company’s the fastest growing division. 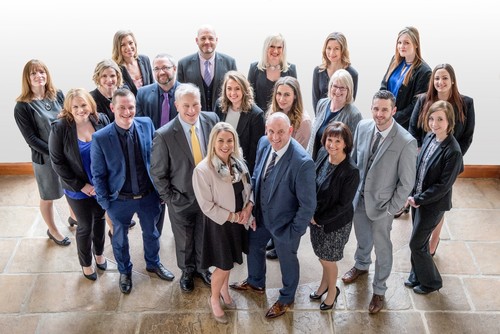