‘Pulling A Sickie’ Is Breach of Contract

In the recent case of Metroline West v Ajaj, the Employment Appeal Tribunal (EAT) held that ‘pulling a sickie’ is dishonest and a fundamental breach of contract.

The claimant, Mr Ajaj, was employed by Metroline West as a bus driver between 2004 and 2014. In 2014, Mr Ajaj was dismissed for gross misconduct, as a result of an allegation that he had lied about his sickness absence.

Mr Ajaj claimed that he had slipped in water in the toilets at work and that he had suffered an injury. The employer obtained an occupational health report which stated that Mr Ajaj was not fit for driving duties. The alleged injury was also corroborated by Mr Ajaj’s physiotherapist. Mr Ajaj’s claim was, however, inconsistent with video evidence obtained by the employer, which showed Mr Ajaj walking freely, and he was dismissed summarily for the following reasons:

Mr Ajaj brought a claim in the Employment Tribunal (ET) for unfair dismissal. The ET held that the fairness of Mr Ajaj’s dismissal should be assessed by reference to traditional 'capability' considerations; that is,  the employer should have considered when Mr Ajaj could reasonably be expected to return to work based on his real (rather than exaggerated) symptoms. The ET made a finding of unfair dismissal.

The employer appealed successfully to the EAT. The EAT held that that an employee who 'pulls a sickie' is dishonest and in fundamental breach of contract. The principal reason for dismissal was Mr Ajaj’s conduct, not his capability. Having concluded that Mr Ajaj had misled his employer by exaggerating the effects of his injury, it was perverse for the ET to hold that the dismissal was unfair.

The rise of social media means that employees are often caught out ‘pulling a sickie’ because of posts made on Facebook or Twitter. If an employer believes that an employee may have been untruthful or exaggerated an illness or injury, it is important to conduct an investigation into the matter and to discuss the employee’s illness/injury at return to work interviews.  Provided that the employer follows a fair process and has a reasonable belief in the employee’s dishonesty, it may have grounds for dismissal for gross misconduct. 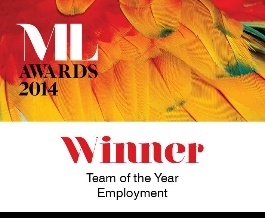