TEAM are pleased to announce the formation of a new North Midlands Region. This follows closely on the heels of the opening of the South Midland Region. “The Midlands as a whole has seen real economic growth in recent years” commented TEAM MD Liz Longman, “and TEAM has also seen a tremendous increase in our membership. To assist Members, particularly when travelling to Regional meetings, we have now subdivided the Region into three”.

Mark Rye has been appointed as the new Regional Director. Mark is a Director of Nottingham based Specialist FMCG Recruiter, Elevate Recruitment & Training Consultants Ltd. (ElevateRTC) a business he established, with his business partner Neil Sanders, in July 2010.

Mark has now worked in the agency recruitment sector for almost 15 years and has considerable experience, of delivering high quality recruitment solutions (Temporary, Contract & Permanent), to a wide and varied client base – both across the UK and Internationally.

“Having established ElevateRTC, one of the first things that we did was join TEAM. Initially we were attracted by the preferential rates and discounts offered by service providers to TEAM Members. Over the last few years though, we have realised the wider benefit of being a part of the UK’s largest network of independent recruiters. Both my business and I have benefitted considerably from the support offered by TEAM and its member organisations and I look forward to being able to support other members, existing and new, through the Regional Director role.”

Liz Longman commented, “We are delighted that Mark Rye has accepted this position, he brings with him a wealth of knowledge and enthusiasm for the industry”.” 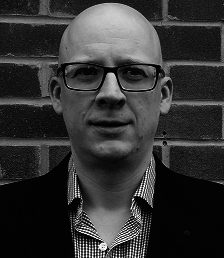