The start of October always brings colder days as well as darker, earlier nights. Hats and scarves come out of storage, as does your big winter coat, Autumn has well and truly set in, with Winter not too far from our minds. The 31st October also brings the celebration of All-Hollows Eve - more commonly known as Halloween. Whilst this has become increasingly commercialised over the past few years, with the retail shops and well known brands well and truly cashing in - think green sludge cakes through to Halloween slime bleach - the old time traditions of trick or treat and carving pumpkins still thrives.

For most people on Halloween, the idea of neighbours who you 'only know to say hi to' bringing their little monsters to knock on your door leaves no other option but a quick dart behind the sofa with a not so subtle change of lighting in the living room. Others however, they seem to relish the opportunity to let strangers over their threshold and into their world, with no more thought than whether the sweets that were purchased during the rush hour commute are going be up to standard - If you've never felt the abject humiliation of a child rejecting the sweets you so hurriedly purchased, then lucky you.

Whilst Halloween (mercifully) only lasts one evening, the idea of trick or treat got me thinking. What if the people knocking at your door were your work colleagues? People you statistically spend more of your life with than your actual family. The people whose relationship history you know, in some cases in too much detail, whose likes and dislikes you're aware of, whose afternoon coffee order is now as familiar as your own and whose evening meals have been running commentary since the day you started - essentially, people you know well. Would that make a difference? Would you still hide behind the sofa or would the invite extend from the doorstep? Would you be far more likely to welcome them over your threshold and into your home? Why wouldn't you, its not like they're going to trick you, you know them...

The above facts, and lots more, are readily available on the internet and are widely quoted, yet again and again we see examples of companies having little or no pre-employment screening for new employees. Word of mouth referrals, especially when it comes to senior appointments, seem to be acceptable. So the question has to be posed - Why would you expose your business and indeed your employees to such a risk? How much would you uncover if you and your business adopted a robust pre-employment screening process? A simple credit check, references check and criminal records check could be the difference between a quality, approved employee and a potential fraudulent risk. Pre-employment screening could literally save you thousands.

So, look around at your colleagues that you know so much about and have a think, how well do you and your business really know them? Are they a trick or a treat? 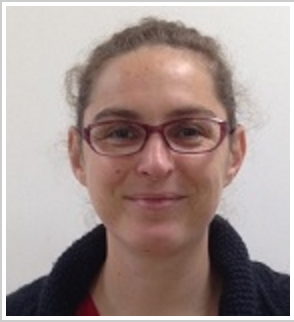